Home
BEVERAGE
PALEO HOT CHOCOLATE
This is the best hot chocolate I have tasted yet. I opted to make mine on the stove instead of the microwave. I also used milk chocolate instead of semi-sweet and I love the cinnamon taste.
I think the cinnamon makes this special. I topped with whipped cream, cinnamon and nutmeg. A five star keeper in my book! 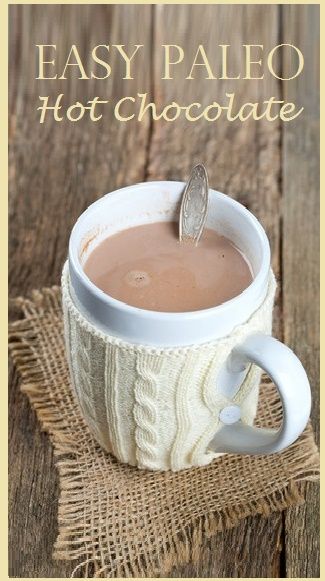