Home
DESSERT
Double Chocolate & Caramel Turtle Trifle
Absolutely amazing! I did everything but assemble it the night before our party and it was so quick to put together the day of! I made a couple of changes by substituting a devil’s food cake mix for brownies, and after the cake cooled, I lightly damped it with some Kalua.
The rest was done according to the recipe and it was delicious! The recipe doesn’t make enough whip topping, but next time I’ll just double the pudding cool whip mixture. 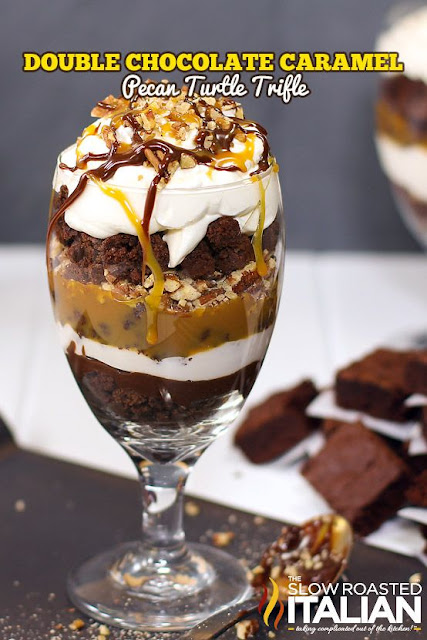